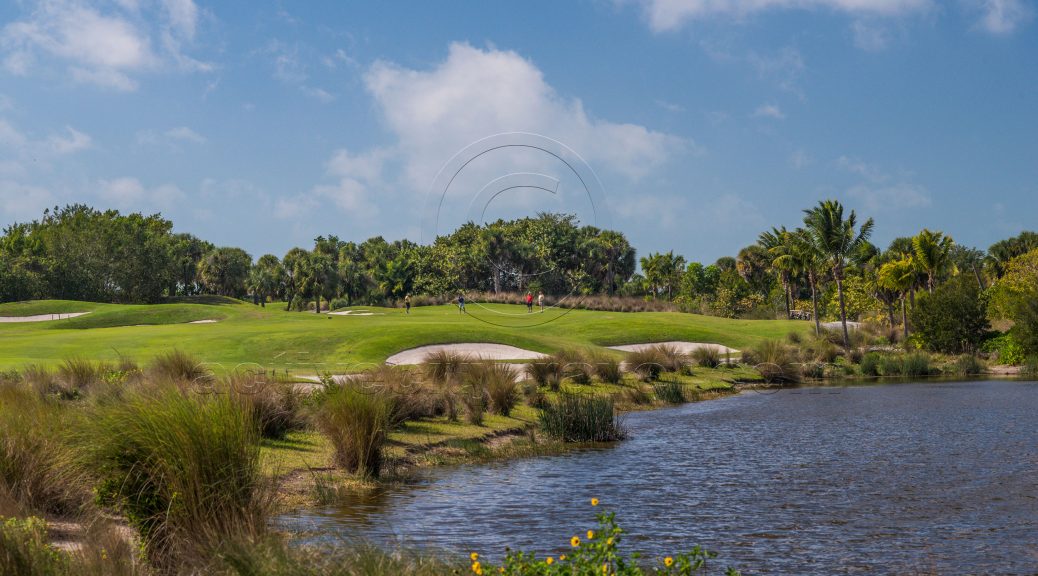 Moderate year round temperatures make Marco Island a fantastic golf destination. Located off the coast of Southwest Florida in the Gulf of Mexico, Marco Island is about 40 minutes south of Naples by car. Most people arrive by car as rail service to Marco Island was abandoned in 1944 and the nearest major airport is in Fort Myers.

Spanish explorers, who sailed to Florida in the mid 1500s, named the island La Isla de San Marco. Prior to the Spanish, the Calusa Indian tribe inhabited most of southwest Florida. Both the Calusa and the Spanish are long gone but their influence still remains in the many Indian and Spanish place names on the Island.

Guests staying at Marco Island Marriott Beach Resort have two great courses at their fingertips,  Hammock Bay and The Rookery, both no more than 20 minutes away.

The Hammock Bay golf course is a beautiful track with lots of natural vegetation, birds and wildlife – you may even encounter a sleepy alligator on your round. The entire development is one of only nine worldwide to earn a Sustainable Development Certified Gold ranking from Audubon International.

Hammock Bay features 18 distinct holes designed by Peter Jacobsen and Jim Hardy. It’s a par 72 championship golf course designed with the approach shot in mind as evidenced by the positioning and contouring of the greens. Hammock Bay was one of the first golf courses to use paspalum, a salt-tolerant turfgrass.

The rolling terrain of the fairways lined with live oak distinguishes the course, while the breezes off the Gulf of Mexico conspire to make Hammock Bay a challenge that keeps players coming back for more.

Peter Jacobsen and Jim Hardy were also brought in to update The Rookery, a course originally authored by Joe Lee and Robert Cupp. The grass at the Rookery was also replaced with paspalum and all bunkers were enhanced to improve playability. Nestled in shallow wetlands that attract many species of birds, including bald eagles and blue herons, The Rookery has also been designated as a member of the Audubon Cooperative Sanctuary program.

Every golf course has a unique character, due in large part to the collection of bunkers, said Peter Jacobsen.

Tee times for both courses are available for Marriott Marco Island Beach Resort’s guests and guests playing either course can conveniently charge golf incidentals to their room. Check their website for specials on golf packages.

If you enjoy seafood, check out the popular Snook Inn on Marco Island, a casual waterfront restaurant with a funky fish camp vibe.

One thought on “Golf Marco Island”

Your Guide to an Active Vacation